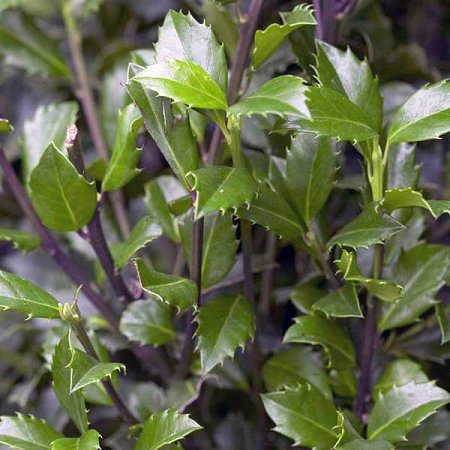 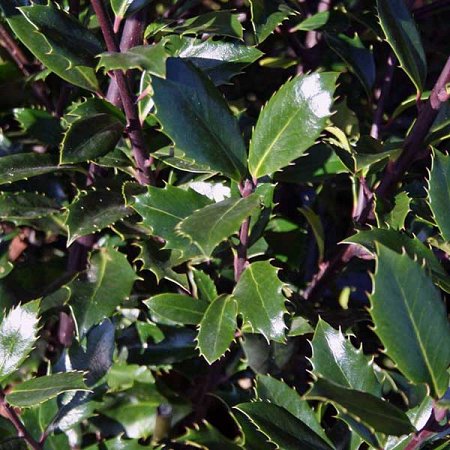 This is a relatively compact evergreen Holly with a broad pyramidal habit, a cross between Ilex aquifolium 'Pyramidalis' and Ilex meservaea 'Blue Prince'. It is a male cultivar, a good pollinator. The slender habit and dense foliage make this species well suited as a hedge plant.

Holly grows in full sun, partial shade and shade, but requires a sufficiently moist, humus-rich soil. They do not like lime soil. Very wet soils are not suitable for holly.
Holly is very easy to cut and can be used as a solitary, in groups and as a hedge. Even the Romans already used holly to plant impenetrable hedges.